The first line of code written by a pope. 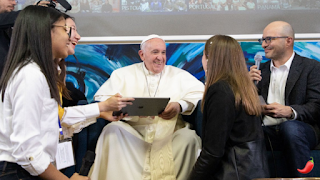 Pope Francis joined, along with three young people from different places in the world, to the elaboration of a line of code for an app; he became the first pope of history to schedule, while making a call to all The students of the world to learn computer science in pursuit of world peace. 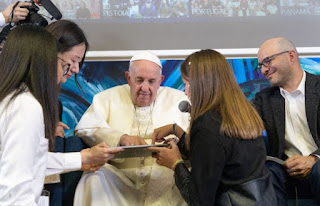 This happened in an event organized by scholas, where the launch of a wider campaign at the global level, "programming for peace", which seeks to integrate students from the most disadvantaged communities and encourage them to learn computer science, And use your creativity to make the world a better place.